When braces are finally removed, the “retention” phase begins for most individuals.  The objective of this phase is to ensure the teeth do not regress back to their previous position.  A retainer will be used to maintain the improved position of the teeth.  A retainer is a fixed or removable dental appliance which has been custom-made by the orthodontist to fit the teeth.  Retainers are generally made from transparent plastic and thin wires to optimize the comfort of the patient.
× 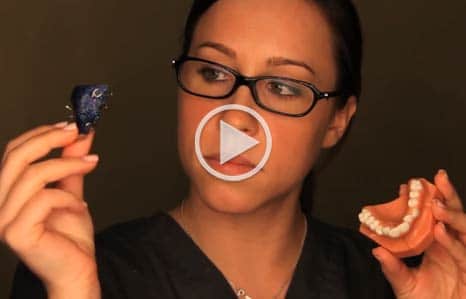 Retainers are worn for varying amounts of time, depending on the type of orthodontic treatment and the age of the patient.  Perseverance and commitment are required to make this final stage of treatment successful.  If the retainer is not worn as directed by the orthodontist, treatment can fail or take much longer than anticipated.

There are a variety of retainers available; each one geared towards treating a different kind of dental problem.  The orthodontist will make a retainer recommendation depending on the nature of the original diagnosis and the orthodontic treatment plan.

The following are some of the most common types of retainers:

There are a few basic things to consider for proper use and maintenance of your retainer.